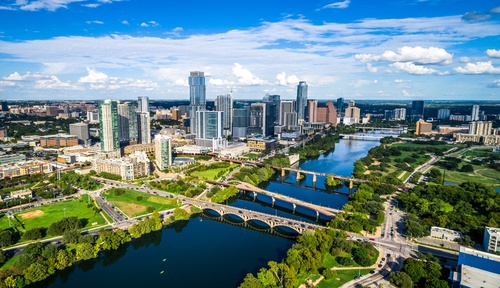 On November 3rd, Austin voters approved a property tax increase to help fund the $7.1 billion Project Connect mass transit project. The initial investment, which is a portion of the “Project Connect System Plan,” includes 27 miles of rail service, 31 stations and a transit tunnel. Specific elements of the plan include:

Project Connect consists of multiple projects that will be developed over time. Some of the projects, such as the Blue and Orange Lines, may take close to a decade to become operational. Other projects, including near-term Red Line improvements and two of the MetroRapid bus routes, are expected to be completed sooner since they are already under development.

Approximately 45% of the funding for the system is expected to come from federal grants. The rest of the funding will come from the tax revenue generated from Proposition A’s 8.75-cent hike to Austin’s property tax rate.

Now that Proposition A has passed, Austin Transit Partnership (a separate local government corporation formed jointly by the City of Austin and Capitol Metro) will be formed and establish a governing board for the purpose of developing Project Connect. The board will consist of five members - an Austin City Council member, a CapMetro board member and three community experts meeting certain qualifications related to finance, engineering and urban planning. The board is expected to be in place early next year and will immediately begin implementing the plan, including commencing the environmental review process.

Many critical details need to be worked out for implementation of the plan, including the final engineering of the system, the logistics of a downtown tunnel and the plan for addressing transit-related displacement, which is a priority for Project planners. However, the passage of Proposition A is a major step toward bringing the sophisticated, multi-model transit system to Austin.