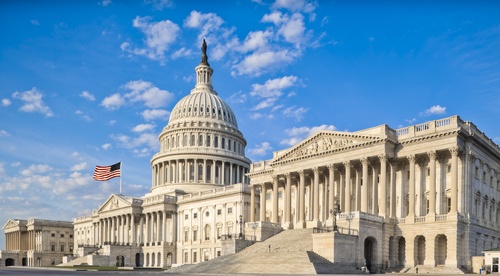 Ever since both 2016 presidential candidates made infrastructure investment a core component of each of their platforms, we have been waiting for a significant infusion of federal funds to modernize our aging bridges, highways, and transit systems. One of the few remaining bipartisan issues, members of both political parties had high hopes that a large infrastructure bill would be possible. While this has yet to materialize, the Senate, House, and Administration have all taken steps to advance the ball. But with the current transportation law—the Fixing America’s Surface Transportation (FAST) Act—expiring in September, time is running out.

The Senate Environment and Public Works (“EPW”) Committee unanimously approved a $287 billion highway bill last summer. The bill authorizes roughly a 25% increase in funding over current levels and includes significant policy shifts towards addressing climate change. Since then, the Senate has not taken further action on the legislation. Two other key Senate Committees that typically draft portions of the surface transportation bill—the Senate Banking, Housing, and Urban Affairs Committee with jurisdiction over public transportation, and the Senate Commerce, Science, and Transportation Committee with jurisdiction over transportation safety, freight policy, and other related issues— have yet to unveil their ideas. Furthermore, the policy issues under the jurisdiction of these two Senate Committees are often more controversial than the policies set by the EPW Committee, so they are unlikely to take any public action until it is clear that there is floor time to pass the bill, and, even more importantly, a bipartisan agreement on how to pay for it.

The EPW bill does not recommend how to pay for the expenditures it authorizes—the job of identifying such revenues belongs to the Senate Finance Committee, which has not identified a way to pay for the EPW proposal, at least publicly. As many readers know, the Highway Trust Fund—the federal account that funds surface transportation investments—is insolvent and expends roughly $15 billion more than it collects each year.  The problem faced by the Senate Finance Committee—and the House and Administration, as discussed below—is that there is no politically expedient way to raise the hundreds of billions of dollars needed to enact a long-term comprehensive infrastructure bill.

On the other side of Capitol Hill, House Democrats released a policy outline last month recommending $760 billion in federal investment across a wide range of infrastructure classes. On the same day, the House Ways and Means Committee held a hearing on infrastructure funding and financing issues. Yet, the familiar refrain rang true here as well—neither the policy outline nor the statements at the hearing included a commitment on how to pay for the recommended investment. In fact, the House Ways and Means Chairman Richard Neal (D-Massachusetts) stated at the hearing that it is important for Democrats not to “volunteer a revenue stream” until they can agree with the President on a way to pay for their infrastructure proposal.

It is also disappointing that the infrastructure proposal unveiled by the House was partisan and did not receive any Republican support. This is not to say that the ultimate legislation the House moves will be partisan, but it does not bode well. The Senate EPW bill almost guaranteed that the House proposal would be partisan. Since the EPW Committee, helmed by conservative Senator John Barrasso (R-Wyoming), unanimously advanced a bill that went so far above baseline spending levels and included more progressive climate change policies, the Democrat-controlled House proposed an infrastructure plan that was larger and further to the left. This reality left little chance that House Democrats could craft a proposal that their caucus could support and that would also attract Republicans.

The President addressed the nation’s infrastructure needs directly, albeit briefly, in the State of the Union address last week, stating: “We must also rebuild America’s infrastructure. I ask you to pass Senator John Barrasso’s highway bill to invest in new roads, bridges, and tunnels all across our land.” It is noteworthy that the President made no mention of the infrastructure proposal released by House Democrats. Given what Chairman Neal said about needing to work together with the Administration in identifying funding options, the President completely ignoring the House Democrat proposal and focusing only on the legislation advanced by the EPW Committee sends a clear message that he is not interested in engaging directly on the massive House proposal, at least right now.

Finally, the President transmitted his fiscal year 2021 budget request to Congress on Monday. Included therein is a request for $1 trillion in direct federal infrastructure spending over the next decade. While there is some policy intrinsically baked into the details of how the requested funding is allocated, the budget request foreshadows additional details that will be released in the coming months. This is expected, as the U.S. Department of Transportation has been working since last year on an official Administration reauthorization platform.

So where does all this leave us?

The good news is that the Senate, House, and Administration are showing more concerted activity on this issue than we have seen since the enactment of the FAST Act. The risk, however, is that if both parties, both chambers, and both ends of Pennsylvania Avenue are not willing to hold hands and jointly suggest a way to pay for this critical investment, the politics around the November election will overtake the ability of the parties to compromise and craft a bipartisan solution to our nation’s infrastructure needs.