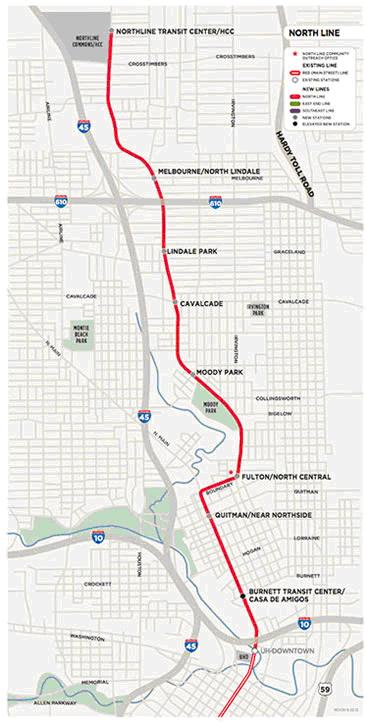 The opening of the first new rail line in 10 years is going to bring "positive changes for the community," interim METRO president Tom Lambert said.  As the first to serve residential neighborhoods, the line will allow METRO "to see how we can use a bus system to feed into rail. And it will give people more transportation options."

As part of an approximately $1.22 Billion overall expansion of METRO’s existing light rail system which broke ground 4 years ago, the $756 million design-build project is the first of three new lines to begin service.  The remaining two lines, known as the East End Line and Southeast Line are scheduled to open in 2014.

The procurement of all three lines was authorized under the Texas Hybrid Delivery System Act, which grants METRO the authority to develop transportation projects in partnership with the private sector.  In April 2009, METRO entered into a development agreement with Parsons Transportation Group, Inc., establishing the framework for an integrated set of contracts for development of the system  The collaborative arrangement under the hybrid delivery statute allowed greater flexibility than either traditional design-bid-build or design-build contracts, using allowances to permit owner and stakeholder preferences to be addressed as the parties proceeded with project development while still gaining the schedule benefits of design-build.

A team of attorneys from Nossaman LLP, led by Nancy Smith, assisted METRO with the procurement and provided advice on contracting issues throughout the development of the project. 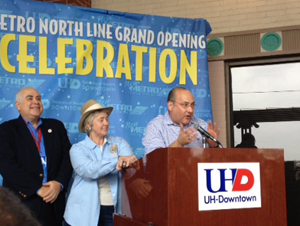 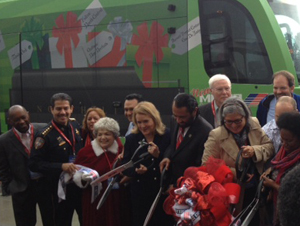