On Saturday November 10, the California Department of Transportation (Caltrans) and Los Angeles County Metropolitan Transportation Authority (MTA) converted the I-110 Harbor Transitway lanes (ExpressLanes) from High Occupancy Vehicle (HOV) or carpool lanes to High Occupancy Toll (HOT) lanes.  The ExpressLanes, extending from Harbor Gateway Transit Center to Adams Boulevard, are part of a one-year demonstration program that seeks to introduce congestion pricing to the I-110 freeway, and later the I-10 freeway.  This conversion follows a growing trend in California, as well as many other states such as Virginia, North Carolina, Texas, Florida and Colorado, in implementing HOT lanes to alleviate high congestion corridors. 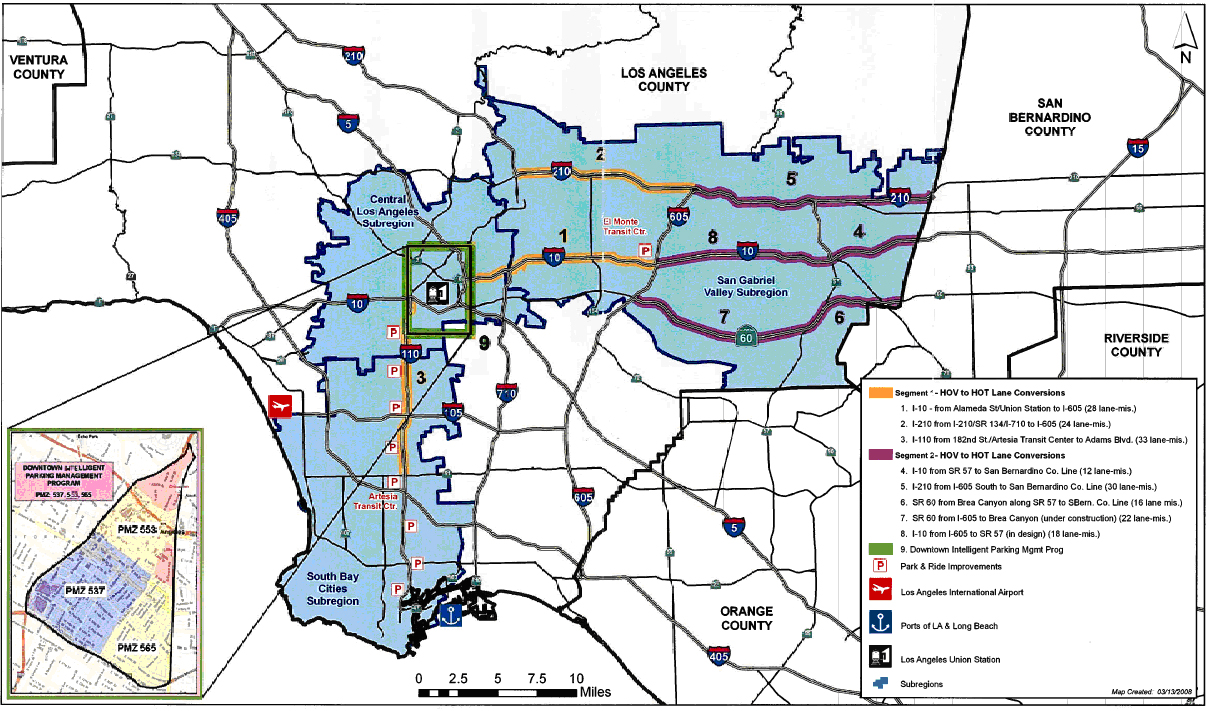 The ExpressLanes are equipped with 14 entry and exit points to the general purpose lanes, allowing single-occupancy drivers to access carpool lanes by paying a toll that fluctuates based on current traffic levels.  Each driver intending to utilize the new HOT lanes must purchase a transponder that will charge tolls electronically.

With expected tolls between $0.25 and $1.40 per mile, aggregate gross revenues from the I-110 and later I-10 are projected at approximately $20 million per year.  Per its application to the US Department of Transportation for its grant to develop through the Congestion-Reduction Demonstration Initiatives Program, MTA proposes to use excess toll revenues to subsidize transit service as an alternative to drive alone transportation.

The demonstration program comes 18 years after Geoff Yarema, Nossaman LLP partner and former Infrastructure Practice Group Chair, proposed essentially this same innovation for the I-110 in a 1994 article entitled Trying Out Congestion Pricing in Los Angeles: A Low-Risk Proposal for the Harbor Freeway Transitway.  Citing authority from sources such as the Environmental Defense Fund, the Union of Concerned Scientists and the National Science Foundation, Mr. Yarema touted the benefits of pricing roadway capacity according to demand, drawing parallels with pricing models for electrical and telephone services.  This conversion will be the first example of roadway pricing in the County of Los Angeles.