The legislation contemplates a two-step procurement process, with the first step involving submittal of statements of qualifications and establishment of a shortlist of design-build teams eligible to submit proposals.  Step two involves "best value" selection based on a review of proposals, and allows the procuring agency to engage in negotiations with the selected firm prior to contract award.  The procuring agency has discretion to establish payment and performance bonds for design-build projects, as it deems necessary, thus resolving concerns about the chilling effect on competition for large projects associated with a 100% bonding requirement. 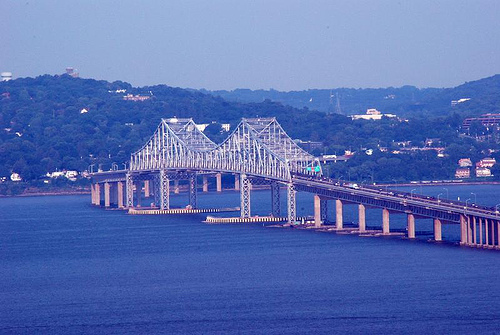 The legislation also permits alternative procurement methodologies for construction contracts, allowing award based on (a) a best value determination, (b) guaranteed maximum prices accompanied by cost data and other information, and (c) lump sum bids.

The new legislation took effect immediately and will sunset three years after the date of enactment (although procurements already in process as of the sunset date will be permitted to proceed).   The passage of this legislation is particularly noteworthy since New York, which represents a significant portion of the public works market, has now opened-up for design-build contracting. This chart provides information about other states that have previously passed laws allowing use of design-build for transportation projects. Significantly, the New York legislation allows for design-build projects over $1.2 million, with no limit on the type or number of projects.

It is anticipated that this legislation will play a central role in assisting the State of New York to pursue more innovative, alternative project delivery methods to meet its backlog of infrastructure and capital needs.  Among other things, the new Infrastructure Investment Act (2011 N.Y. Laws ch. 56) will enable the New York State Department of Transportation and the  New York State Thruway Authority to use design-build for the Tappan Zee Hudson River Crossing Project.  The Tappan Zee Project, which will replace an existing bridge across the Hudson River (pictured above),  was granted expedited federal approval by President Obama and U.S. Transportation Secretary Ray LaHood in October of this year.

*Author Nancy Smith is chair of the Design-Build Institute of America's Legislative Committee.