On December 17, 2012, the Board of the New York State Thruway Authority (NYSTA) unanimously approved award of the design-build contract for the Tappan Zee bridge replacement project to Tappan Zee Constructors, LLC (a consortium of Fluor Enterprises, Inc., American Bridge Company, Granite Construction Northeast, Inc., and Traylor Bros., Inc.).  New twin spans will replace the existing Governor Malcolm Wilson Tappan Zee Bridge, which is to be demolished and removed.  The contract award requires additional State approvals before it becomes effective.  Notice to proceed is expected to be issued in January 2013.

Tappan Zee Constructors, LLC was one of three proposers that submitted responses to a request for proposals issued by NYSTA in March 2012, shortly after passage of landmark design-build legislation in New York in December 2011.  The other two proposers were headed by Bechtel Group, Inc. and Skanska AB.

Tappan Zee Constructors, LLC provided the lowest price and fastest completion schedule for the replacement bridge.  The $3.14 billion price tag is well below initial forecasted estimates for the project, which ranged from $5 to $6 billion.  The unexpectedly low bid reduces the financial pressure on NYSTA by lowering the cost of financing the project (e.g., a lower bid allows for lower leverage and lower debt service).  The state has applied to the USDOT for TIFIA credit assistance for up to 49% of eligible project costs under the expanded MAP-21 TIFIA credit assistance program.

The existing Tappan Zee Bridge, located about 20 miles north of Manhattan, is 56 years old and carries 138,000 vehicles each day between Westchester and Rockland counties, 40% more than its designers intended.

The new bridge will roughly double the total width of the existing bridge, carrying eight lanes of traffic and adding a rush-hour bus lane, wide shoulders and a crossing for pedestrians and bicycles.  The bridge is required to be built transit-ready – that is, built with the capability of carrying a future mass-transit link across the Hudson River.  The project was granted expedited federal environmental approval by President Obama and US Transportation Secretary Ray La Hood in October of 2011. 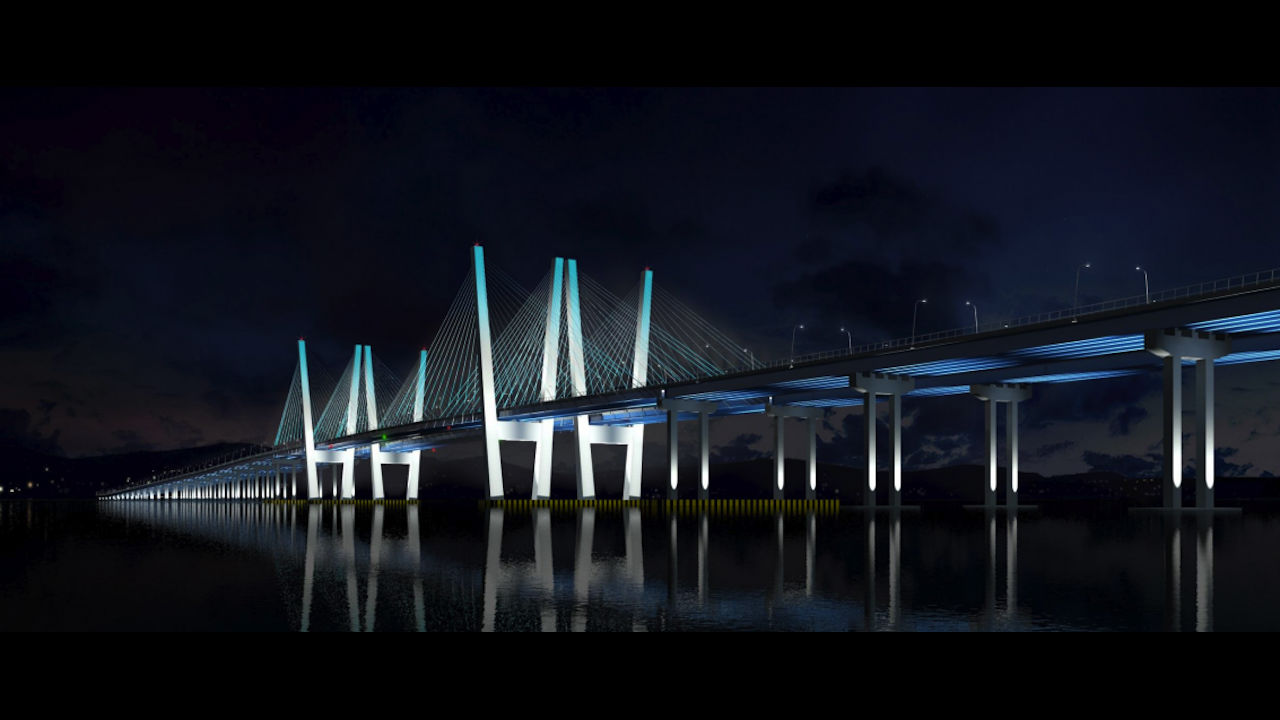