Commuters using the heavily congested SR-91 corridor between Riverside and Orange County in Southern California can enjoy an early July 4th celebration—on July 3, 2013, the Riverside County Transportation Commission closed on a billion dollars of financing for the SR-91 project which will provide needed relief of congestion in the corridor when the project is completed in May of 2017.  RCTC achieved financial close on the project less than 60 days after awarding the design-build contract for the project to a joint venture of Atkinson/Walsh.  The SR-91 corridor improvement project includes an eight-mile extension of the highly successful SR-91 Express Lanes operated by the Orange County Transportation Authority, the first all-electronic toll collection facility in the United States.  The two counties have entered into a cooperative agreement to coordinate the development and operation of the two express lanes projects.  The project also involves adding two new general purpose lanes in Riverside County, one in each direction. 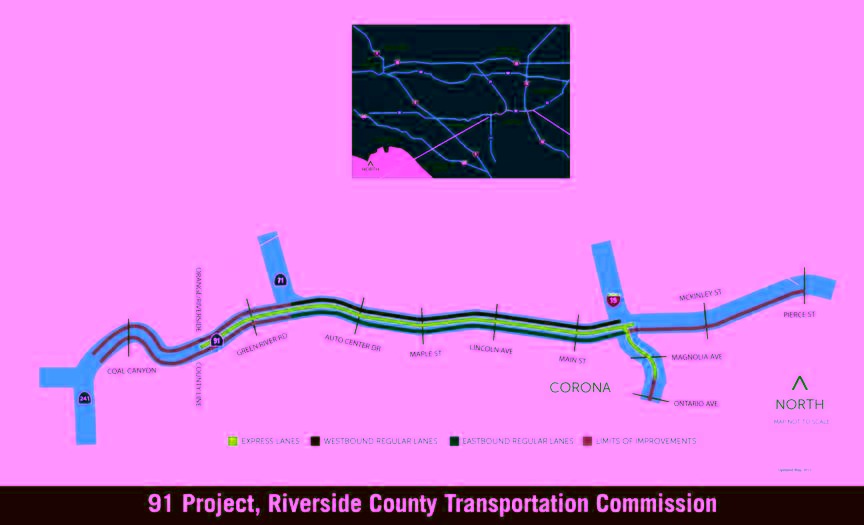 The TIFIA loan is in the initial principal amount of $421,054,409, and, despite the run up in US Treasury bond rates in recent weeks, was assigned an interest rate of 3.47% and matures June 1, 2051 or the last payment date occurring no later than 35 years after the Substantial Completion Date, whichever date is earlier.  The TIFIA loan is subordinate in lien priority to the senior toll road revenue bonds except if a bankruptcy related event occurs in which case the TIFIA loan springs to parity with the senior bonds.

Lead investment bankers for the toll road revenue bonds and the sales tax revenue bonds are Goldman and BofA Merrill Lynch; Nossaman LLP acts as special counsel to RCTC in connection with the design/build contract and negotiation and closing of the TIFIA loan.