Governor Pete Rickets followed through on a promise to rethink infrastructure delivery in Nebraska.  Signing LB 960, the Transportation Innovation Act, into law, Nebraska is poised to clear its backlog of highway development in the state.  The new law passed unanimously in mid-April. 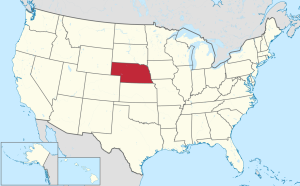 The Transportation Innovation Act reserved $50 million of Nebraska’s cash reserve and allocated approximately $400 million of gas tax revenue to the end of completing a 132-mile portion of an envisioned 600 mile expressway system within the State by 2033.  New tools available to the Nebraska Department of Roads (NDOR), and its new director, Kyle Schneweis, include an infrastructure bank (as a source of funds), a bridge-oriented funds matching program, earmarked community engagement monies and most notably, construction manager/general contractor (CMGC) and design-build authority.  A progress report from NDOR on program development and implementation is due to the Nebraska legislature by the first of December.

Senator Jim Smith, LB 960’s champion, called April 18 a big day for commerce in our state.  Director Schneweis remarked of the new law, The cutting-edge concepts included in the Transportation Innovation Act will help Nebraska build on its reputation as a national leader in roads. The infrastructure bank fund in this bill targets investment in key infrastructure priorities with the help of the new design-build process, which will cut red tape and help accelerate our state’s most complex infrastructure project.